Windows 10 was released on the 29th July 2015. Like many others, I signed up to reserve my free upgrade from my current version of Windows 8.1 Professional (64 bit). Since I did not receive the 'upgrade ready' prompt on the day of the release (and I was slightly impatient), I read online that the upgrade can be pushed through by deleting the contents of the following folder:-

...and then running the following command as administrator in the command prompt:-

After entering this and opening the Control Panel > Windows Update, it appeared I was well on the way to receiving the Windows 10 upgrade 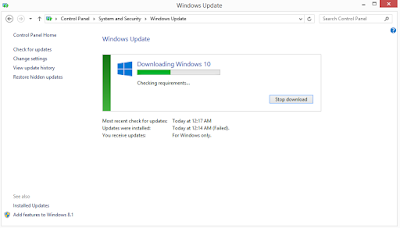 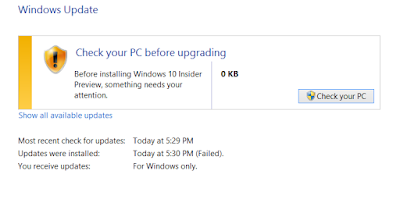 I then deleted the C:\Windows\SoftwareDistribution\Download folder again and also the hidden folder C:\$Windows¬BT that seems to contain the Windows 10 upgrade. I restarted, retried forcing the installation several times again, but kept getting the same error.

I wondered if this error was due not meeting minimum available free storage on the C drive - I had about 12GB available on my SSD, so managed to free up another 10GB by temporary relocating a huge 10GB backup file found under the C:\Users\[MyAccount]\AppData\Roaming folder used for ITunes. - Still no luck!

I then tried another route to carry out the install - Windows 10 can be downloaded using the following tool:-

I ran the tool (MediaCreationToolx64.exe) using the upgrade route rather than burning installation media, but sadly this failed too,
I spotted that running this tool, created another hidden folder:-

In this folder was a setup file:-
C:\$Windows.~WS\Sources\Windows\setup.exe 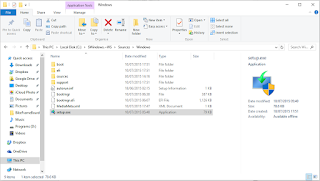 Running this file gave me the upgrade option:- 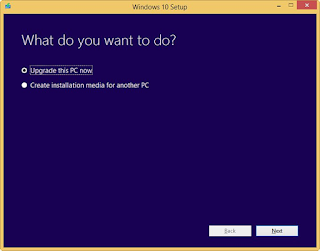 I followed this upgrade process and after a couple of hours,  it finally completed, successfully!