I came across an issue on a Windows Server 2008 (SBS2008) server when opening the DHCP administration program (dhcpmgmt.msc). The issue prevent me from browsing and configuring the DHCP settings on the server. The DHCP settings on the server in question could however be configured remotely from a different PC by opening dhcpmgmt.msc within Remote Server Administration Tools and entering/selecting the IP address of the server under maange authorised servers.

The error I encountered on the DHCP server can be seen below:- 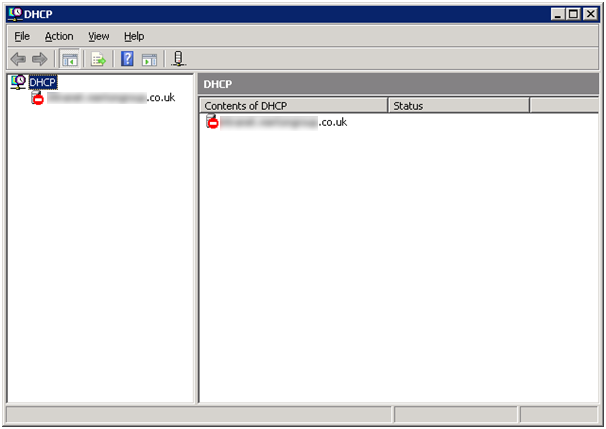 Clicking into the DHCP server entry displays 'There are no items to show in this view':- 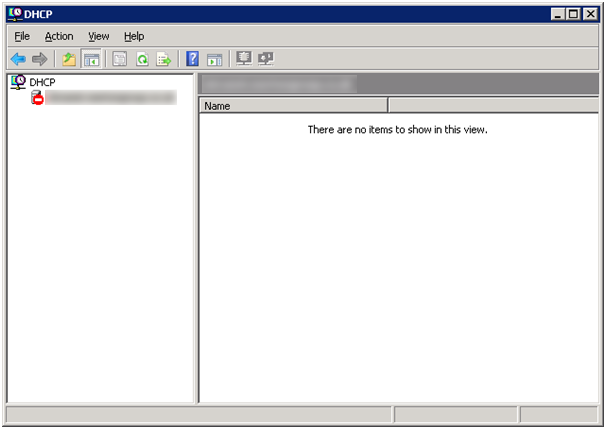 In addition to the above error, the System event log appeared(!) to contain a related message which coincided with me opening up the DHCP Program:-

The program svchost.exe, with the assigned process ID 2404, could not authenticate locally by using the target name host/ServerName.MyDomain.co.uk. The target name used is not valid. A target name should refer to one of the local computer names, for example, the DNS host name.


Cause
After investigating this issue, the cause of the error was tracked down to a modified hosts file (c:\Windows\System32\drivers\etc\hosts) on the server. This file contained an domain name entry corresponding to the servers IP address that was added during development/testing of a new website :- 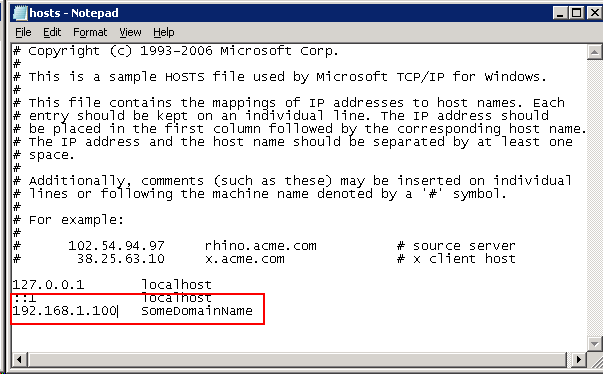 The Fix
The issue was resolved by deleting this hosts file entry and saving the file. The DHCP management tool then started working next time it was opened. (If this is still not working, try running IPCONFIG -FLUSHDNS command.)
Posted by SiUK at 04:08